Rawcember is the season of giving at Raw Fury, so today we’re giving you… a big demo update for Skald: Against the Black Priory! And it’s already available for download on PC and Mac!

This demo builds upon the one we released last October and adds lots of new content as well as an early glimpse at new mechanics like the character creation tool.

On top of that, we’re also launching an exciting contest with stuff for you to win. Keep reading if you dare! 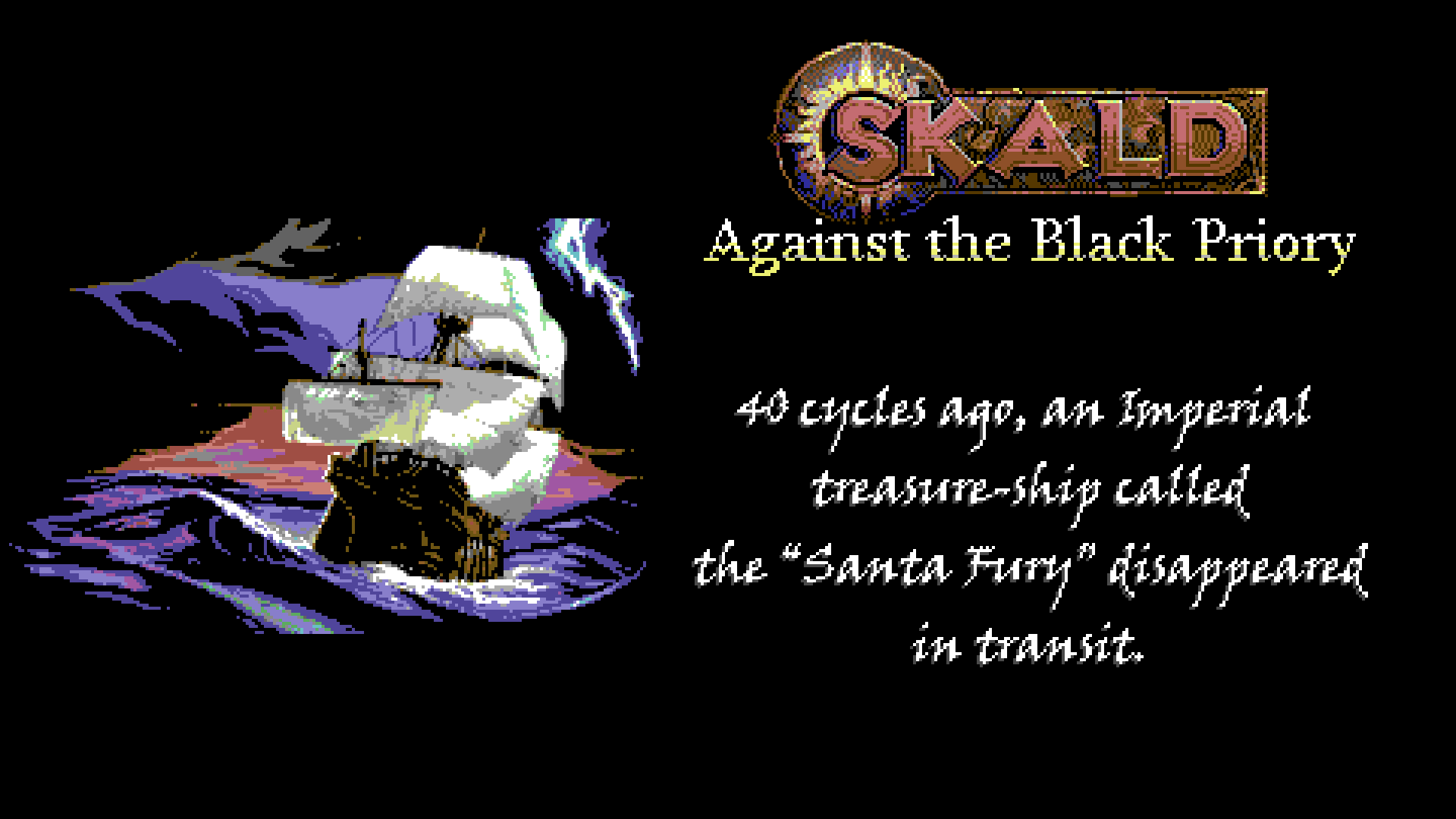 Adventurers and treasure hunters have been searching for her ever since. None have succeeded. Lately however, a rumor has begun to spread in dockside taverns and brothels:

The Santa Fury has been located. The rush to recover her is on. Will you partake?

Yes we hid an entire ship in the latest demo and you get to go on a real treasure hunt FOR REAL TREASURE!