Out of the Blue Games, creators of the award-winning Call of the Sea, are taking an unembellished look behind the scenes of a deadly televised utopia.

Raw Fury and Out of the Blue are warming up the CRTs together and putting their second collaboration on the broadcast schedule: American Arcadia. The exciting new game from the Call of the Sea developers combines two gameplay styles, a 2.5D platformer and a first-person puzzler, to reveal an unique story in a thrilling single player experience. American Arcadia, the second collaboration between Out of the Blue and Raw Fury, will participate in this year’s TRIBECA Game Festival and will release its full trailer and more information about the game at the upcoming Summer Game Fest. For more information, please visit the official website: www.americanarcadiagame.com 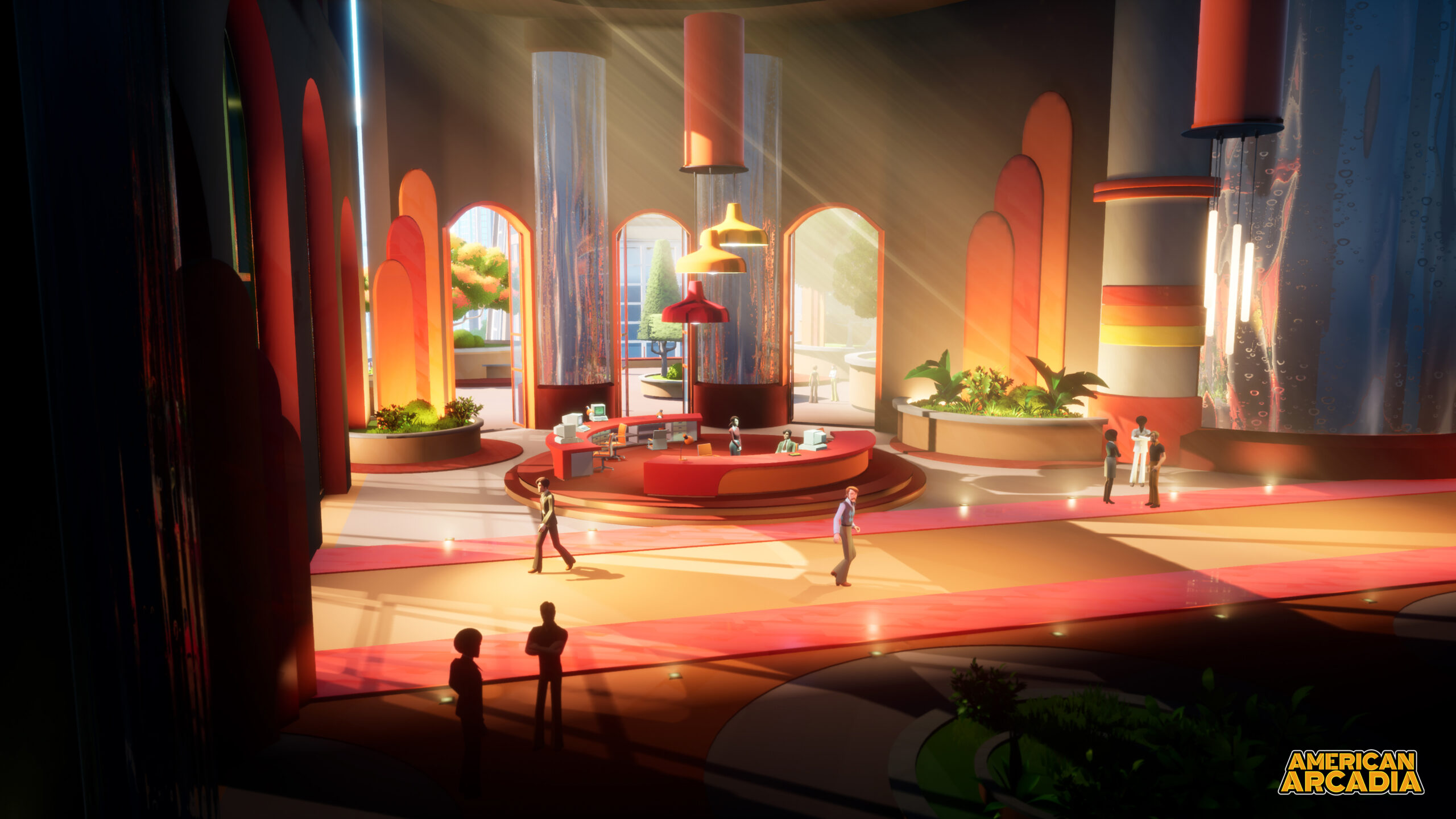 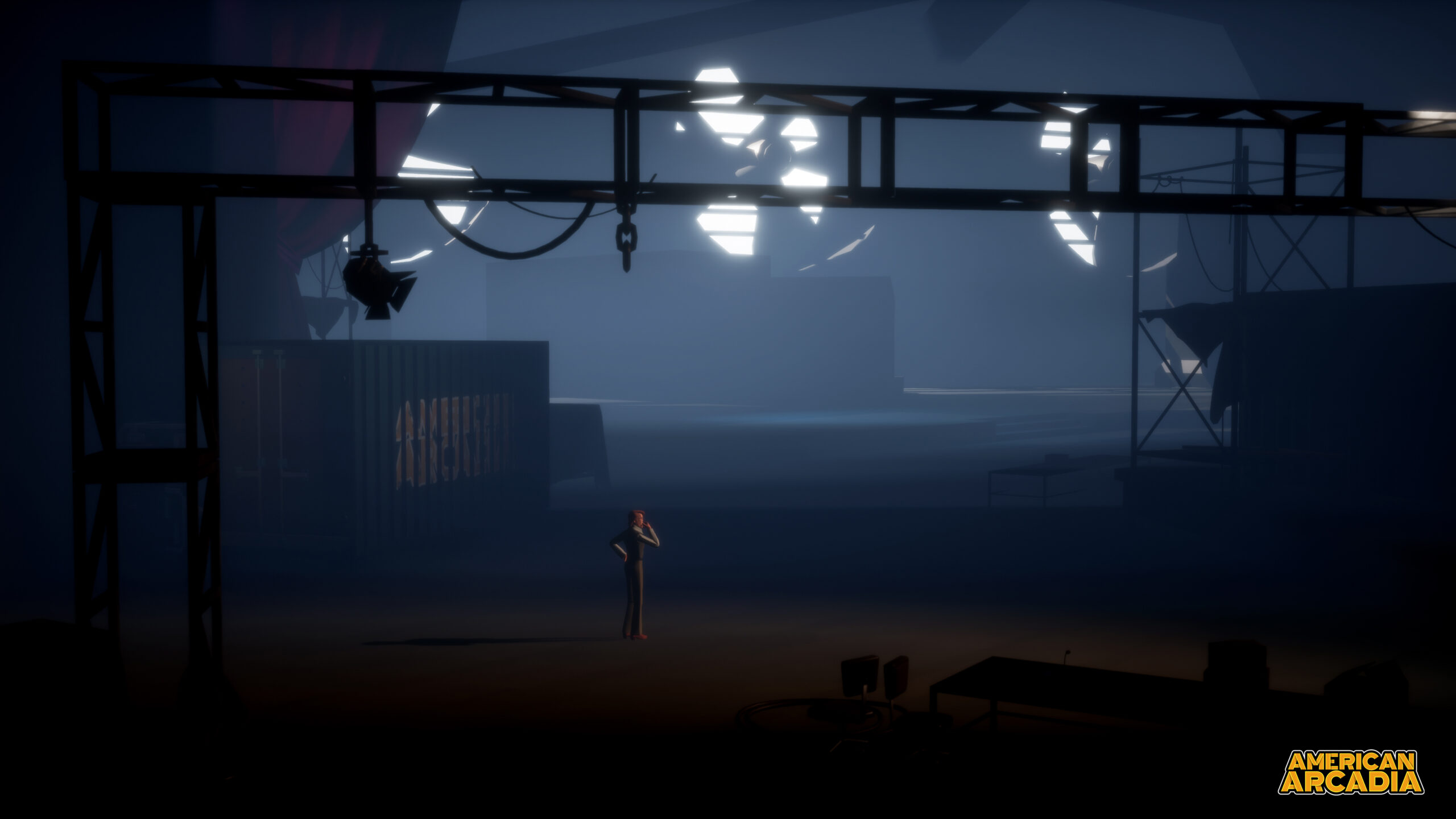 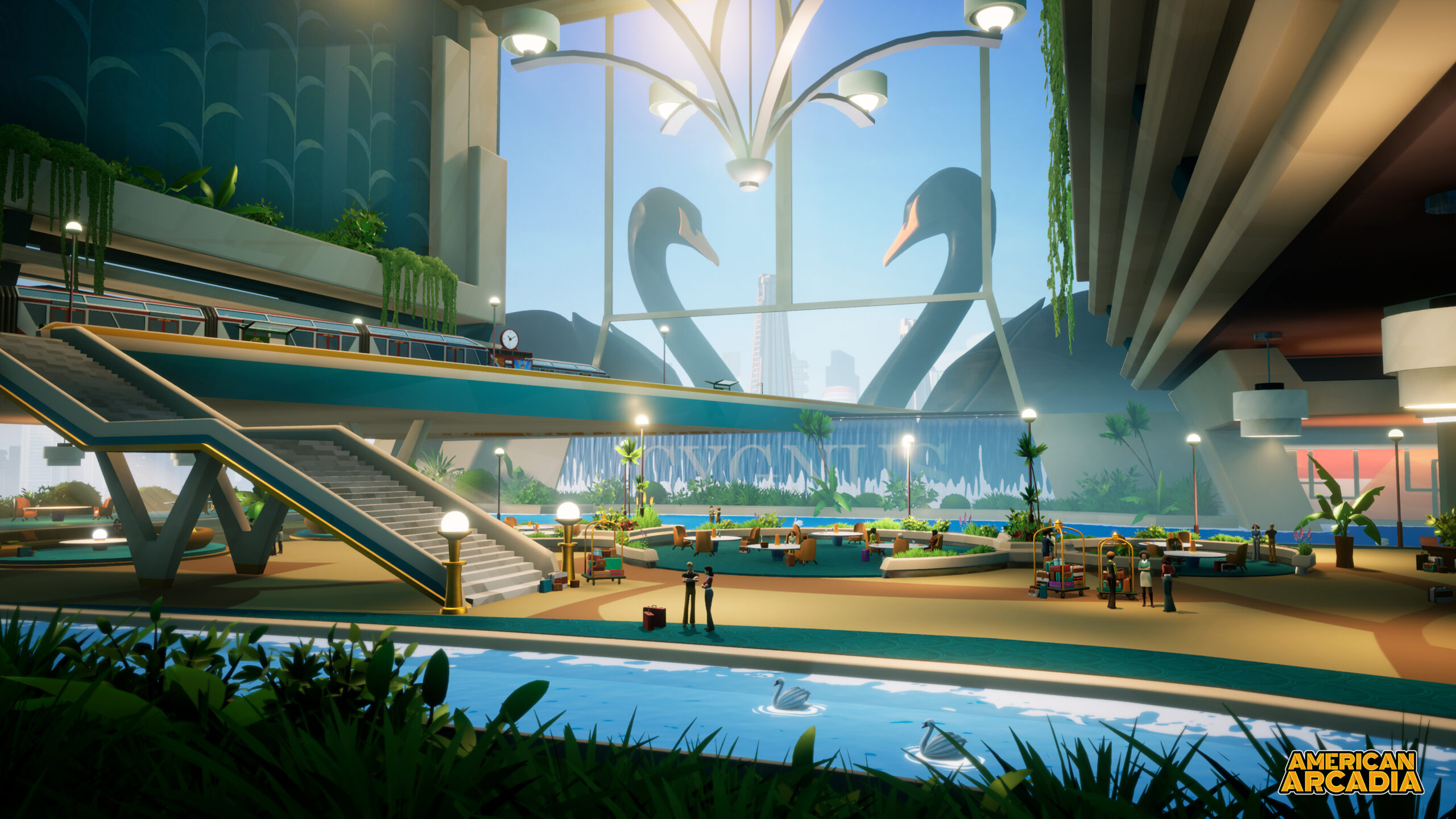 In American Arcadia, players take on the role of two characters, each with their own gameplay, whose fates and lives are intertwined. Arcadia is a 70’s retro-futuristic metropolis where everyone enjoys a life of luxury and comfort. But what the citizens of Arcadia don’t suspect is that they are playing a role in American Arcadia, a television show broadcast live 24/7, that has been on the air for decades. Under the eyes of countless anonymous observers, their carefree lives are tied to the show’s popularity ratings. As a favorite of the audience, one has nothing to fear, but a drop in popularity comes at the highest cost: death.

For an average man with an uninteresting life like Trevor Hills, this could mean serious trouble, but luckily Trevor is being helped by a mysterious voice who will guide him through American Arcadia‘s backstage to his freedom. But is this real, or just another show gimmick to raise audience ratings?